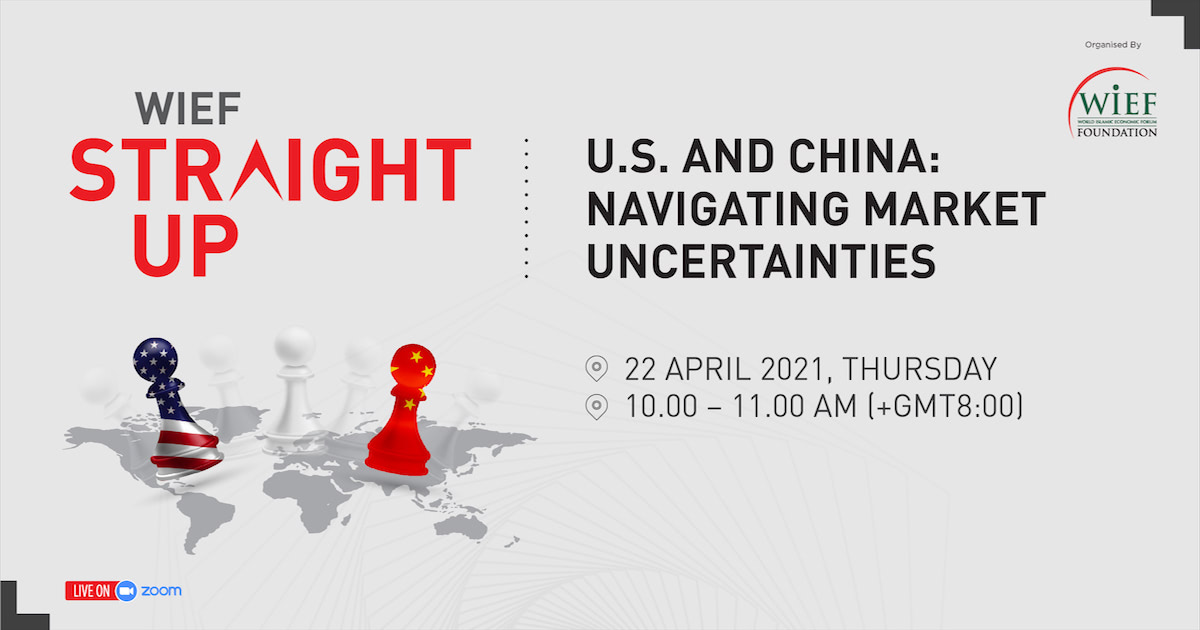 For many years, WIEF has pride itself to strive towards being relevant, focusing on the economy and business-related issues, free of political, security and religious beliefs.  However, we are now living through an era where geopolitics play an important role in business.  As twitted by Ernst & Young (EY), Global Chair-Market, Jay Nibbe, ‘As geopolitics transforms the political landscape, the business world must adapt.’

The ongoing trade tension between the U.S. and China have caused more economic pain than gain globally. It has contributed to the increased global uncertainty and has raised the World Trade Uncertainty Index to a new high during the 1st quarter of 2020 and it remained elevated thus far.

The conflict started in July 2018 and it reached a turning point in January 2020 with the signing of the Phase One trade deal, but not after it had weighed heavily on the global economy for 18 months. As the first recent US-China Alaska talk ended with little to show and without any joint statement, both sides agreed to maintain open channels for continued dialogue and communication moving towards Phase Two negotiation in order to improve trade certainty.

WIEF Straight Up will discuss the situation with regards to US-China trade tension and how it has affected businesses in Asia, now and in the future. 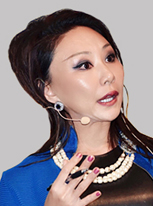 Dr Shirley Ze Yu is the Director of Shirley Yu & Co. She is a senior visiting fellow with the Institute of Global Affairs and the Firoz Lalji Centre for Africa at LSE, an Asia fellow with the Ash Center of Harvard Kennedy School and a professor with the IE Business School. She is the creator of a daily intelligence newsletter on China – “China BIG Idea” and a New York-based business talk show Hey China!

She is a frequent commentator and contributor on international broadcasting channels including BBC News, Bloomberg, CNN and Channel News Asia on China. She is an Op-Ed contributor to the Financial Times and is a South China Morning Post expert. She is also a keynote speaker at leading think tanks including the Chatham House, Asia Society and the LSE.

Shirley has senior corporate executive and board governance experience, a Davos expert on China, 5G as well as geo-economics and formerly a mentor of the Cheri Blair Foundation for International Women. She is author of Huawei Goes Global: Made in China for the World, On China, by Ambassadors and The Rise of the RMB and the Fall of the Yen.

She has a PhD in Political Economy from China’s Peking University and a Master’s Degree in Government from Harvard University. 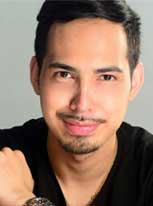 Richard Javad Heydarian is an Asia-based academic and policy adviser.  He is currently a Professorial Chairholder in Geopolitics at the Polytechnic University of the Philippines.  He was a Visiting Fellow at Taiwan’s National Chengchi University and an Assistant Professor in Political Science at De La Salle University, Philippines.  He has delivered lectures at the world’s leading universities, including Harvard, Stanford, and Columbia universities, and is the author of, among other books, The Rise of Duterte: A Populist Revolt against Elite Democracy (Palgrave Macmillan, 2017) and The Indo-Pacific: Trump, China, and the New Struggle for Global Mastery (Palgrave Macmillan, 2019).

As a columnist, Richard has written for the world’s leading publications, including The New York Times, Washington Post, The Guardian, Foreign Affairs, and is a regular contributor to Aljazeera English, Nikkei Asian Review, South China Morning Post, and the Straits Times. 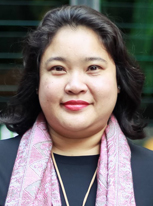 Dr Juita Mohamad is a Fellow in the Economics, Trade and Regional Integration (ETRI) Division of ISIS Malaysia.  She has worked at the Asia Desk, OECD in Paris, the Asian Development Bank Institute and Waseda University in Tokyo, Japan. She is currently an Indo-Pacific Fellow at the Perth USAsia Centre of the University of Western Australia and a member of the All-Party Parliamentary Group Malaysia (APPGM) – Sustainable Development Goals (SDG) secretariat team.

She holds a Ph.D. in International Studies from Waseda University, Japan. Her research focused on the impact of trade liberalisation on wage inequality between skilled and unskilled workers in Malaysia. She obtained her Master’s Degree in Economics from Shiga University, Japan and her Bachelor’s Degree in Business Administration from UKM. Her research interests include trade, digital trade regional integration, protectionism, wage inequality, the informal sector and the SDGs.