Quantum computing is an area of study that concentrates on developing computer technology based on the principles of quantum theory. Quantum computers are millions of times faster than even the most powerful super computers but the concepts behind them can be somewhat abstruse. To put it succinctly, this computer technology accords a computer enormous processing power through the ability to be in multiple states and to perform tasks using all possible permutations simultaneously.

The development of quantum computing is necessary because we are entering a big data world where the information we need to store grows. There is a need for more than the classical computers’ ones and zeros, and transistors, to process it. Computers as we know it are mainly limited to doing one thing at a time and it takes longer for it to tackle an intractable problem. Quantum computers are not intended to replace but solve the limitations of the classical computers. It is believed that quantum computers will revolutionise everything.

Stemming from our want for smaller and more powerful computers, quantum computing opens up powerful new possibilities through the realm of atoms. Other than allowing for search or analysis of much more data and transforming material science, quantum computing could lead to significant developments in, for instance, artificial intelligence. Undoubtedly, the world will change because of it.

The 8th WIEF Global Discourse on Quantum Computing will address the potential strategic advantages and impact of quantum computing, particularly on how we do business. The Global Discourse will also provide an opportunity for members of the quantum community to discuss and exchange new ideas as well as identify issues of importance to them. 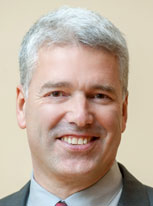 Christian Raetzsch is vice president and chief technology officer of IBM Asia Pacific in Singapore. He has over 25 years of experience in the IT industry and has worked in various countries and diverse cultural communities. He started his career in IT with Austrian banks, developing and introducing software for personal and mobile computers, to provide advisory services to clients. In 1988, he joined IBM in Austria, working with manufacturing clients, followed by various international roles in IBM.

He holds a degree in engineering from the Technical University in Graz, Austria, as well as a certificate in management from the Open University Business School in the United Kingdom. 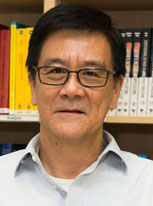 Professor Lai Choy Heng is a professor of physics at the National University of Singapore (NUS) and deputy director of the national research centre, Centre for Quantum Technologies.

He was a research fellow at the Niels Bohr Institute, Copenhagen, before joining NUS as a faculty member. At NUS, he held appointments in the departments of mathematics, physics and computational science, and was among the pioneering members that established research efforts in computational science, nanoscale science and technology, quantum information science, nonlinear dynamics and complex systems.

He was head of the department of computational science and the department of physics, dean of the faculty of science, vice-provost (Academic Personnel) of NUS and executive vice-president of the Yale-NUS College.

His current research interests are in (quantum) information theory and dynamics on complex networks. He’s a fellow of the Singapore National Academy of Science and the recipient of the Chevalier dans l’Ordre des Palmes Academiques award from the French Government, as well as the Institute of Physics Singapore (IPS) President’s Award in 2015.

He earned his undergraduate and PhD degree from The University of Chicago where he carried out research in high energy neutrino interactions at the Fermi National Accelerator Laboratory (Fermilab). 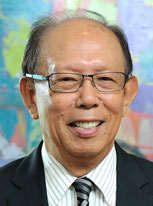 Tun Musa Hitam, who is currently Chairman of the World Islamic Economic Forum (WIEF) Foundation was Malaysia’s Deputy Prime Minister until 1986. In the course of his service in the Malaysian government, he held various positions including Minister of Home Affairs, Education, Primary Industries and Trade and Industries and Chairman of the Federal Land Development Authority (FELDA). Among his major official activities were as Leader of Malaysian Investment Missions to Europe, United States and Japan, Leader of the Commonwealth Observers Delegation to the Malawi and Pakistani general elections and Member of the Commonwealth Ministers Action Group Delegations to Nigeria, Fiji and the Gambia. He also represented Malaysia at UN, UNESCO and United Nations Economic and Social Council (ECOSOC) related negotiating and regular conferences. He was also elected for one term Chairman of the UN Commission on Human Rights.

Since Tun Musa’s retirement from politics in 1987, he held Chairmanships of three Public Listed Companies and various business related institutions both at domestic and international levels. He was Chairman of the Malaysia – China Business Council, Co-Chair of the Eminent Persons Group (EPG) of the ASEAN – China, 15 year economic cooperation programme and Chairman of the EPG to draft the ASEAN Charter. Currently, Tun Musa is Chairman of the International Advisory Panel of CIMB Bank, Chairman of the International Selection Panel of the Royal Award on Islamic Finance and member of the Advisory Panel of the Iskandar Development Authority as well as member of the High-Level Group (HLG) on Commonwealth Governance. He also represented the Malaysian Prime Minister to the 32nd ASEAN Summit 2018 in Singapore. 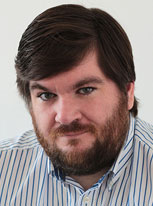 Dr Joseph Fitzsimons is the principal investigator at the Centre for Quantum Technologies and an assistant professor at Singapore University of Technology and Design (SUTD). Joseph is a theoretical physicist with interests in all areas of quantum mechanics and quantum information theory.

At present, his research focuses on quantum computation and on using quantum phenomena to enable new and secure computing functionality. He holds a BSc in theoretical physics from University College Dublin, Ireland and a Doctorate of Philosophy from the University of Oxford, United Kingdom. Between 2013 and 2018, Joseph was a Singapore National Research Foundation fellow and, in 2016, was named on MIT Technology Review’s TR35 Innovators Under 35 Asia list. 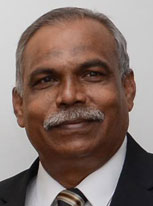 His current research interests are mainly in quantum information theory, in particular that of continuous variable systems, that is, systems described by infinite dimensional Hilbert space. He has made significant contributions also to classical and quantum optics and to the Berry-Pancharatnam Geometric Phase.

He’s a fellow of the Indian National Science Academy (INSA) in New Delhi and a Fellow of the Indian Academy of Sciences (IAS) in Bangalore. He is a recipient of the prestigious Shanti Swarup Bhatnagar Prize for Science and Technology. He is a passionate teacher who has contributed towards improvement of physics teaching in colleges and universities through refresher courses and summer programmes for teachers.

He holds a PhD from the Indian Institute of Science in Bangalore.

For more information about the sponsorship opportunities at the discourse, please contact :