‘Creativity is a big word and applies to many aspects of daily life. To me, it’s it’s trying to creatively develop work that’s meaningful that can actually touch people’s hearts or inspire some kind of change or encourages them to transform or maybe just make them smile, or just illuminate their their day a little bit better.’ Peter explained.

Peter stressed that while launching new products, getting new sales and grow more users are usually the focus of most businesses, they should also spend time to think why a certain product is designed. ‘I would like to invite the creative industry to be a little more holistic in our definition of a project success. I think we should embrace explore experiment, but let’s have a more harmonious understanding of how we can together serve the needs of people’

Adjustment and finding new ways to thrive in the digital era is crucial for creative industry practitioners, artists and professionals. Thus, enabling them to keep up with technological transformations, remain dynamically competitive as well as relevant, while staying true to their mission and values.

‘Architecture has been digitalised in many ways since mid 90’s. I think we are very blessed that when I got into the industry as an architect to practice we already had the digital platform where we could easily get the drawings and start our work on a digital.’ Marina said.

Marina explained that the usage of drones in architecture is a game-changer when it comes to accessing areas that are not accessible by human. ‘The city of Aleppo was badly destroyed in the last war. Drones were sent to assess the damage, and an immediate rebuilding activities were done based on that assessment.’ According to Marina, the usage of technology and digitalisation has made construction work much easier and faster than before. 3D modeling walkthrough and animation are useful to help people understand the spaces, light and air flow in a building, while 3D printers are now capable to build an actual building.

Raymond explained that the creative industry has been a quick adopter of technology, being at the forefront of adopting various software and tools. ‘State governments in Malaysia have been quick to adapt by using applications such as TikTok and Snapchat to create contents and attracting the mass.’

The creative economy and the platform economy are converging. ‘The intersection of technology, the creative industry  and the delivery channels that we have will make it very interesting for us to explore in the future.’ Raymond said.

The balance between embracing and optimising the latest and greatest of technology and one’s social responsibility is a continued struggle. ‘If somebody would come and suggest to me to use 3D printers to build buildings, I would hesitate because we need to think about the people who work in the industry, the job that it creates and the economy that it generates. It is mandatory for us to think about the whole spectrum, including our social agenda and not too focused on productivity.’ Explained Marina.

The global lockdown has expedite technology and change the way people communicate. Peter The digital realm has taken over and the rate of content consumption among users. Therefore, industry practitioners should pay attention to the impact of their contents and only produce contents that are beneficial to the mass and not too focused on maximizing users clicks.

‘Professionals in design industry should reach to our own souls what is that deep sense of purpose, what are we really trying to do here. Each of us should reflect and look at how we’re spending our time, what are we designing, what are we creating. How we can try and move people and help people in a more holistic way.’ Peter said.

Marina added, ‘whatever you create, think about the humankind and the nature. Think about where we are and the existential crisis that has been happening over the last few decades. So think creative, be creative, but with a relevance and responsibility.’

The creative industry is important in terms of its economic footprint for employment and revenues. It also stimulates inspiring innovation as well as contributes positive direction for social impact, communities and quality of life.

UNESCO Global Report 2018 recorded that cultural and creative industries created close to 30 million jobs worldwide, primarily for people aged between 15 to 29, with nearly half of which were women.

‘That was an awesome session. I am looking forward to similar sessions, with continuous focus on optimising technology such as AI, to overcome the negative effects caused by the pandemic.’ Malik Fadjiar, a participant from Singapore said.

WIEF Businesswomen Network (WBN) was introduced at the inaugural World Islamic Economic Forum in 2005. It marked the Foundation’s recognition of the importance of women’s contribution to economic growth. WBN is aimed at providing a networking platform for women entrepreneurs globally. Thus, creating valuable connections between businesswomen from both Muslim and non-Muslim worlds, as well as empowering their business potential and widening their market reach.

To date, WBN entrepreneurship programmes have continued to evolve with the times and benefitted nearly 1000 women from 50 countries. WBN will continue its efforts in empowering and advancing women in the economic fields at national, regional and international levels.

Established in March 2006, the WIEF aims to enhance and elevate the economic situation of communities around the world through encouraging trade and business opportunities and by undertaking various capacity building programmes mainly the annual World Islamic Economic Forum. The platform promotes an inclusive global economy by promoting business cooperation among Muslims and non-Muslim communities. As a Non-Governmental Organisation (NGO) that organises and manages the Forum, we are dedicated to building bridges through business and ultimately promotes stronger cross-border partnerships for the economic well- being of nations worldwide.

The Forum also brings together government leaders, captains of industry, entrepreneurs, corporate executives and academicians from various fields across major economic centres around the world to discuss current issues that affect and shape the future of the commerce industry. The programmes within the Forum consists of panel discussions and master-classes that demonstrate thought leadership on current economic issues.

Aside from the WIEF Forum, we have various other exciting initiatives and activities which offers impactful networking opportunities such as the; 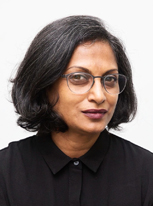 Marina is a recipient of many awards including Arnold W. Brunner Memorial Prize (2021), Jameel Prize from Victoria and Albert Museum (2018), Ananya Shirshwa Dash (2005) and Architect of the Year Award (2001). Marina was the designer of Bait Ur Rouf Mosque in Dhaka, Bangladesh which was completed in 2012.  In 2016, she won the Aga Khan Award for Architecture for the design of Bait Ur Rouf Mosque.

She was listed among the Top Ten Thinkers of the World by Prospect Magazine UK in 2020. Marina received an Honorary Doctorate from the Technical University of Munich Germany in 2020.  She has published numerous articles 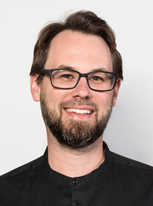 Peter is a recipient of the Stanford Certificate of Innovation & Entrepreneurship and has lectured design thinking at the University of Technology, Sydney. His personal journey has been a major influence on his creative vision for a globally connected, like-hearted community. His contributions to design have resulted in international acclaim, including a major award from the UAE Vice-President. In 2020, he was appointed as an UNHCR Ambassador for his work in supporting refugees.and research as well as lectured and presented papers at various 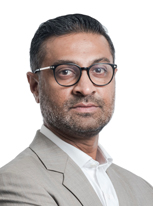 Raymond Siva has more than 25 years of experience in journalism, strategic marketing as well as crisis and issues response. He is a sought-after Reputation and Influence Strategist for international brands, local conglomerates and CEOs. He has conducted over 100 spokesperson and crisis trainings, messaging workshops as well as talks in Malaysia, Indonesia and Singapore.

Raymond was promoted to Senior Vice President, Digital Investments Division in 2020 after being appointed as Chief Marketing Officer of MDEC in 2019. Currently he is overlooking a 110-member team which includes the Investment and Grants Development, MSC Services and Brand and Strategic Partnerships Departments.

He holds an LLB from the University of London and a professional diploma in public relations from the Institute of Public Relations Malaysia.international forums around the world. 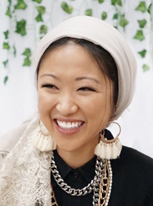 Alex Fox is a product leader, software engineer and writer committed to building inclusive tech and teams. She is the founder of Origin of Mind, a lifestyle brand and e-commerce platform designed to raise awareness around, and channel support for, critical social issues. Their latest product, Marketplace, amplifies independent creators of colour by helping bring their businesses online.

Alex is exploring ways to better engage, support and foster community through personal transformation and service. She regularly hosts conversations around faith, identity and justice in partnership with Muslim scholars as well as leaders. She is passionate about racial equity and Oakland.