The main cogs of an economy are made up of a few key industries − manufacturing, agriculture, Oil & Gas industries. With the advent of the pandemic, and how it has halted as well as redefined globalisation, there is a need to address what are the next steps towards a post pandemic era. One thing for certain is, technology plays a big part in the industries’ future growth. This session is a platform to discuss case studies by practitioners as well as to learn from their success, challenges faced and how they overcame it.

Programme Objective
The programme aims to discuss the critical sectors heavily impacted by COVID-19 and how businesses are taking actions to revive their businesses and remain competitive post pandemic economic landscape.

Learning Outcomes
Upon completion of this programme, participants will be able to: 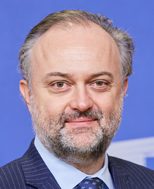 Maciej Golubiewski joined the European Commission in 2008 as the Directorate General for Development and Relations with African, Caribbean and Pacific countries. He participated in the Economic Partnership Agreement free trade negotiations with the African regional blocks. Then, he was transferred to the newly created European External Action Service, where he was responsible for preparing the EU’s Foreign Affairs Council position on the developing conflict in Syria. In the following years, he served as the Deputy Chief of Mission and Head of the political section at the EU Delegation to Lebanon in Beirut and as the Consul General of the Republic of Poland in New York.

Maciej sits on an advisory board of the Integral Economic Development master programs at the Catholic University of America in Washington D.C. and for almost 10 years has been associated with the Sobieski Institute in Warsaw as an expert on the EU as well as foreign policy. He holds a Bachelor of Arts degree in philosophy, politics and economics from Washington and Lee University, as well as a Master of Arts degree in political science from the Johns Hopkins University. He also holds an International Baccalaureate Diploma from the United World College of the Atlantic in the United Kingdom. 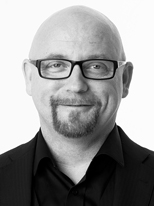 Mattias Andersson is Founder and CEO of MTEK Industry AB. It is a Swedish information systems company specialising in the digitisation of manufacturing information to gain unparalleled efficiency gains. He has been dubbed ‘the wizard from Alfta’ by a Swedish electronics magazine and aims to revamp the global manufacturing industry to be sustainable and efficient through full understanding of the information from the production floor. He has been an entrepreneur for over 20 years with prior startups that focused on improving information connectivity across a wide range of industries, from electronics to animal health. His early career was spent in world renown companies including Nokia and SCI. 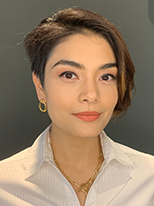 Tehmina Kaoosji is an independent broadcast journalist who currently anchors Money Matters on TV3 in Malaysia. It is the television station’s flagship financial talk show. She also anchors and produces online talk shows such as Tea with Tehmina and The Point. Her work focuses on economics, politics, business and technology, while social justice and gender mainstreaming are her key policy angles on every story.

Tehmina is a board member and Director of the Institute of Journalists Malaysia. She actively speaks, teaches, researches and advocates for media freedom as well as media ethics in Malaysia. She is a founding member of the Journalists Alliance of Malaysia and a member of the pro-tem committee tasked with setting up a Malaysian Media Council. 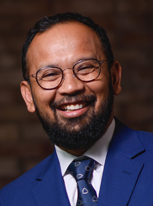 Dato’ Kamarul is the Group CEO of UZMA and has served in this role since 2000. Under his leadership, Uzma has grown rapidly to become one of the leading Malaysian OGSE companies providing integrated services in Malaysia and international markets. UZMA prides itself as a technology innovator through continuous introduction of new services via propriety and in-housed developed applications. The group are now diversifying into new growth areas such as the New Energy, Late Life Assets and Digitisation sectors to achieve a balance mix of growth and recurring operations going forward.

Dato’ Kamarul serves directorship for ten companies and is a member of the advisory panels for multiple organisations and higher education institutions like MPRC, UTP, APU/APIIT and UMT. He plays an active role as President of ANSARA Malaysia (MRSM Students Alumni) from 2017. Amongst notable awards received include Most Promising Entrepreneur at the Asia Pacific Entrepreneurship Award. 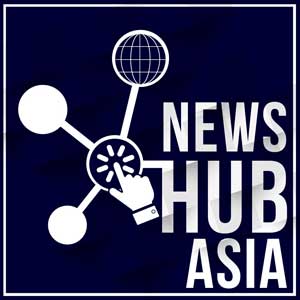 News Hub Asia (NHA) is the leading integrated business and lifestyle news portal that brings news from various wires, blogs, and social media brands, together with an in-house news team to ensure that people are kept up to date with what is going on around them across Asia. As we receive our news straight from the source, we invite all organisations, corporations, and PR agencies to submit your press releases, announcements, as well as interview pitches to us at editor@newshubasia.com