Banking and capital market organisations play an integral part in helping customers as well as businesses pull through the current crisis while emerging more resilient once the outbreak eventually recedes. Banks and capital markets must remain hyper-vigilant and have better coordination between different stakeholders or partners. This is to ensure that the cost curve is bent in their favour and ultimately generate better profit as well as long-term impact to the society. 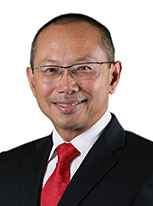 Tan Sri Abdul Wahid Omar is Chairman of Bursa Malaysia Berhad and Universiti Kebangsaan Malaysia (UKM). He served as Group Chairman of Permodalan Nasional Berhad, following completion of his term as a senator and minister in the Prime Minister’s Department in charge of economic planning. He was President and CEO of Maybank which he transformed into a regional banking group as well as a global leader in Islamic finance. Prior to that, he was Group CEO of Telekom Malaysia Berhad until its demerger with Axiata Group Berhad and CEO of UEM Group Berhad. He is a member of various associations including ACCA, United Kingdom, and Malaysian Institute of Accountants.

Tan Sri Abdul Wahid has received numerous awards including Malaysia’s CEO of the Year 2006 award from Business Times/American Express, The Asian Banker’s 2013 Leadership Achievement Award for Malaysia and The Edge Value Creator award 2013. He was awarded an Honorary Doctorate in economy from Malaysia Multimedia University and another Honorary Doctorate in economy and muamalat administration by Islamic Science University of Malaysia, four years later. Currently, he serves as a trustee of WWF Malaysia, Professor of Practice at INCEIF and as a visiting fellow at Oxford Centre for Islamic Studies in United Kingdom. 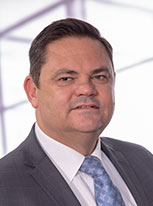 Peter Burns is a Partner with PwC Strategy and is based in Sydney. He has over 25 years of consulting experience and has broad based financial services expertise in retail banking, wholesale or institutional banking, wealth management and insurance. He has worked with business leaders throughout Australia, Asia Pacific, United Kingdom as well as the United States on corporate strategy, business model transformation and growth. He leads PwC’s global banking and capital markets practice, as well as PwC Southeast Asia Consulting Board of Directors. 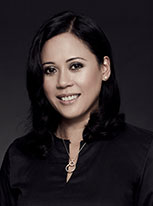 Raja Teh Maimunah is the Managing Director of Wholesale Banking, AmBank Group and has 25 years of financial services experience covering investment banking, wholesale, Islamic and digital banking. After her early days at KPMG, she held various positions in the financial sector including CEO of AmInvestment Bank, Managing Director as well as CEO of Hong Leong Islamic Bank, COO of Digital Innovation and Transaction Banking at the Hong Leong Banking Group and Global Head of Islamic Markets at Bursa Malaysia. She was also in Pengurusan Danaharta Nasional Berhad and CIMB Investment Bank covering debt, equity origination as well as equity sales.

Raja Teh is a board member as well as a board risk committee member of Kumpulan Wang Persaraan. She is an adviser on Islamic banking and finance to WIEF Foundation. She was awarded an Honorary Doctorate of Law and a Bachelor of Laws from the University of East London, United Kingdom. She sits on the committee of Pertubuhan Tindakan Wanita Islam (PERTIWI) and on the Board of Trustees of Picha Eats.