To have a better understanding of the blue economy as one of the Islamic capital market fundraising instruments. Creating blue sukuk will not only help to ensure protection and sustainable use of oceans through investment in the blue economy, but also help to build ocean resilience. Although relatively new, it has created much interest in blue financing which is needed for coastal areas that rely heavily on the ocean for food security, tourism and livelihoods. This session will also explore into the overall role of Islamic fintech landscape that can play a vital role in assisting this sustainable agenda as well as identifying opportunities that can support the SDGs.

*An e-Certificate of participation will be given to attendees (upon request) at the end of the session. 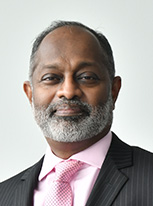 Ramesh Kana is Chairperson of the United Nations Global Compact Network Malaysia & Brunei (UNGCMYB) – the branch of the United Nations vested with responsibility for matters relating to the promulgation and achievement of SDGs within the corporate sector. He is founder and Managing Director of Insha Holdings Berhad, a shariah compliant, ESG conscious private equity firm as well as co-founder and an Executive Director of Net Zero Capital Group – focused on creating shareholder value from the ESG value chain.

Until 2019, Ramesh was Group CEO of Emery Oleochemicals Group, a multinational natural chemicals manufacturer. Prior to that he was an investment banker with a Sydney based firm and Chairman of an Australian stock exchange listed mining services company. He was also a founding director of AAP Carbon Limited, a bespoke Johannesburg-based carbon emissions reduction project developer.

Ramesh spent most of his career with the Royal Dutch Shell Group internationally, holding key senior positions in Australia, China, the United Kingdom, Dominican Republic and Malaysia. He led a global mergers and acquisitions team for the liquified petroleum gas business, provided finance and strategy leadership in China, Taiwan and Korea, and later across the Caribbean and Central America as well as managing corporate treasury in Australia.

Ramesh is a fellow of Australian Society of CPAs and a chartered accountant with Malaysian Institute of Accountants. He also holds a Bachelor of Business and a master’s degree in Enterprise and Innovation from Swinburne University of Technology in Australia. 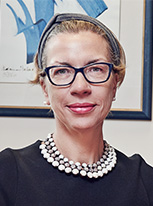 Since 2015, Stella has been a member of the Board of Trustees of the RFI Foundation and represents DDCAP within the Islamic Finance and the UN Sustainable Development Goals (SDGs) Taskforce, the inaugural meeting of which took place in 2020, convened by the Islamic Finance Council UK (UKIFC) in partnership with the UK Government. Stella is Chair of the Islamic Finance Market Advisory Group formed by TheCityUK and she represents DDCAP on the UK Islamic Fintech Panel. In 2016, Stella was appointed a Commander of the Order of the British Empire (CBE). Stella was honoured for her services to the Economy and, specifically, as a Champion for the Development of Islamic Finance in the UK. ‎Stella was ranked number 1 amongst the ‘100 Most Influential Women in Islamic Finance’ in the ISFIRE ‘WOMANi 2018′ Report and was appointed Patron-in-Chief of WOMANi in 2019. In 2019 Stella also became a Freeman of the City of London. 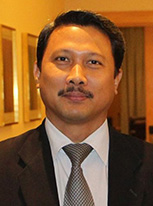 Kemal Rizadi Arbi has more than 25 years of global professional experience in the banking and financial industry, both government and private sector, particularly in investment banking, Islamic finance, corporate finance and as a regulator, policy maker and strategic developer of capital markets, including Islamic capital markets, in the Gulf Cooperation Council (GCC) and Asian region.

After leading the issuance of the new Sukuk Regulation, Real Estate Investment Trust (REIT) Funds Regulation (including Islamic REITs) and the Takeover and Acquisition Regulation in Oman, he is currently leading the establishment of the new SME Exchange and the issuance of new regulatory frameworks for Crowdfunding Platforms, Fintech Sandbox, Sustainable & Responsible Investment (SRI) Bonds and Sukuk, Exchange Traded Funds and Venture Capital, for both conventional and Islamic. He was also involved in preparing the proposed GCC Capital Market Integration Plan.

Kemal was appointed by the Oman Ministry of Finance to be on the Oman Government Sukuk Committee which was responsible for the issuance of the 1st sovereign Sukuk of OMR 250 million (US$ 650 million) which won the 2015 IFN Sovereign Deal Of The Year Award in Dubai, United Arab Emirates.

Kemal was also on the Oman Government Tanfeedh (National Program for Enhancing Economic Diversification) Committee on REIT Funds under the Creative Financing Sector of the program, as part of the Oman Government’s strategy in diversifying the economy, looking at alternative financing for economic development, and attracting foreign investments into Oman. He was also appointed as a Committee Member at Oman’s Education Council to look at the development of Waqf/endowment funds for schools and universities.

Prior to joining the Oman CMA, he had led and established strategic initiatives for the development of the Malaysian and ASEAN+3 capital markets, including Islamic capital market, through senior positions heading various departments at the Securities Commission Malaysia.

In addition, he had previously been involved in investment banking and corporate advisory as a Director and Team Head in a few leading investment banks including Maybank Investment Bank Berhad and another investment bank previously owned by the Minister of Finance (Incorporated) Malaysia.

He was awarded a Malaysian government JPA scholarship for top scholars for studies at the University of Iowa, U.S. where he graduated with a Bachelor of Science in Actuarial Science. He also holds an MBA (Finance) from the International Islamic University Malaysia and Chartered Islamic Finance Professional (CIFP) Master’s degree from INCEIF, Malaysia. 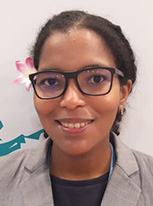 Angelique is a lawyer (Seychelles and UK) and she holds an LLM in Environmental law specialising in the law of the sea and natural resources law. Also, Angelique is a trained climate change negotiator under the AOSIS Climate Change Fellowship Programme at the United Nations.

Angelique has worked in different countries in the Caribbean, Pacific and the Indian Ocean on a wide range of projects relating sustainable fisheries, sustainable management of marine biodiversity within and beyond national jurisdiction, and climate change, in particular, climate adaptation and climate finance. Further, she served as a legal expert of the African Group of Sixth Committee in works of oceans and law of the sea at the United Nations.

Moreover, Angelique has experience working with civil society as a co-founder and board member for not-for-profit organisations in Seychelles and abroad. 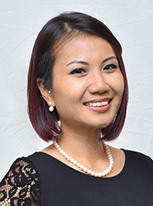 Vineeta Tan is Managing Editor of Islamic Finance News (IFN) and IFN Fintech, the industry’s first news service dedicated to fintech for Islamic finance. A multimedia journalist with a decade of experience, Vineeta specialises in ethical and Islamic finance as well as fintech reporting and analysis, covering regions including the Middle East, Asia, Africa and Europe.

Vineeta is responsible for the editorial direction and business development of IFN as well as its sister publications, authoring reports, producing podcasts and conducting video interviews. She has interviewed industry players, key stakeholders and senior dignitaries including finance and economic ministers of Ivory Coast, Sri Lanka and the Maldives.

Vineeta is a regular moderator and speaker at international conferences. Trained in journalism and sociology, she holds an Islamic Finance Qualification from the Chartered Institute for Securities and Investments in the United Kingdom.

IFN is one of the longest-running international Islamic finance news providers in the world, housing the largest pool of Islamic finance-related articles and coverage. Providing breaking news, reports and analyses through its multimedia channels, IFN covers the whole spectrum of the Shariah-compliant finance industry leveraging on its unrivalled connections, a team of journalists and a global network of market and experts correspondents.

Fintech is one of the most exciting new sectors of the global financial industry, breaking boundaries and challenging preconceptions in one of the shake-ups of the century. A new class of financial players is disrupting the status quo – and financial institutions must embrace this change or face being left behind as the financial landscape transforms beyond recognition.

But although fintech as a whole has been well-served by the media, the Islamic segment has so far made limited penetration on public consciousness – despite the enormous potential it represents for the industry. There is a clear chasm between the multitude of pioneering entrepreneurs, start-ups and fintech firms making waves in the Islamic space; and the interested investors, institutions and stakeholders keen to explore these opportunities. Recognizing this information gap, IFN is delighted to introduce to you a bespoke multi-channel platform – IFN FinTech.

Comprised of four tranches, IFN FinTech is a one-stop-shop for industry knowledge, networking and communication – supported by our unrivaled global network, our strong social media platform and our trusted multimedia Islamic finance offering.

Our online solutions empower the most relevant meetings and drastically maximize event ROI.

Over and above digitizing events, we value the Human Touch. We work closely with each customer to make sure we deliver a personalized experience to each attendee.

Wasabih, powered by Appsaya is a professional community that connects professionals, leaders, and businesses in the Halal Economy.

Wasabih provides a comprehensive set of features from networking to Halal event listing, discussions in forums and groups, publishing insights through posts or articles, company listing with products, services, and many more.

Wasabih is the platform connecting the Halal Economy.

The UN Global Compact Network Malaysia & Brunei (UNGCMYB) is the official local network to the United Nations Global Compact (UNGC). The UNGC is a call to companies to align strategies and operations with universal principles on human rights, labour, environment and anti-corruption, and take actions that advance societal goals. By committing to sustainability, business can take shared responsibility for achieving a better world. UNGC aims to mobilise a global movement of sustainable companies and stakeholders to create the world we want. UNGCMYB support companies to do business responsibly by aligning their strategies and operations with Ten Principles on human rights, labour, environment and anti-corruption and take strategic actions to advance broader societal goals, such as the UN Sustainable Development Goals, with an emphasis on collaboration and innovation.