‘Malaysia is a very important trading partner for the UK, being our second largest trading partner in Asean, after Singapore. Trade in 2020 was worth around RM26 billion, and that’s the first time in five years that we’ve seen a decline in total trade between our countries.’ Charles said. He added, ‘Malaysia exports proportionately more goods to the UK, while the UK export proportionally more services to Malaysia. It was clear to us from the very outset of the pandemic for keeping trade flowing and keeping supply chains open was a top priority, so that we all had the essential supplies we needed.’

Charles noted the massively increase global demand for medical examination latex glove globally, including the UK, due to the pandemic. Charles praised the effort taken by the Malaysian government in ensuring that the production and export of said gloves were continued with minimal disruptions.

Fahad praised the development of bilateral relations between Qatar and Malaysia, especially in recent years that witnessed the mutual visits, adding that Qatar has presented many initiatives to help those affected by the pandemic by delivering thousands of food baskets to those in need and providing more than 3,000 tablets for students who are geographically challenged.

The Qatari Ambassador explained that Qatar Airways has transported millions of passengers who have been stranded since the beginning of the pandemic to their countries, and its flights to and from Kuala Lumpur continued despite the many challenges and continuous amendments to entry instructions for countries, noting that the governments of the two countries are now seeking to find ways to re-facilitate travel between Kuala Lumpur and Doha, especially for travellers who have received both doses of vaccination.

Fahad affirmed Qatar’s determination to impress the world by hosting the 2022 World Cup, noting that the tournament’s organizing committee is constantly following the continuous efforts to combat the Covid-19 pandemic, especially in light of Qatar’s concern for the safety and health of all who will attend this major global event.

Education is at the heart of the relationship between the UK and Malaysia. Charles explained that UK universities has been coming huge efforts to try to promote the best possible quality of learning online and they found new and exciting ways of doing that. ‘Some people actually prefer to have virtual experience on almost anything. They prefer to take part in a seminar, which could be recorded and they can go back over and listen to the recording again. Now that wasn’t possible before.’ ‘So that’s why I think that some of the good things that have come out of this pandemic and will continue to be replicated in the future, even when we can go back to the old ways I don’t think we will.’ Charles added.

Japan and Malaysia are not new when it comes to collaborations for digital technologies. One such collaboration in digital field is smart city to support the Asian initiative for promoting the Smart Cities, Japan Government has launched an initiative called the smart jump this year. ‘In Malaysia, we have identified nine projects in three cities, Kuala Lumpur, Johor Bahru and Kuching to demonstrate effectiveness of digital technology such as Internet or things AI and big data to solve practical issues that these cities are confronted with, such as environmental solutions, disaster mitigation or traffic congestion.’ Oka explained.

On medical front, Japan and Malaysia are currently working on a Telemedicine system that can improve prognosis and reduce mortality rate for stroke patients by shortening time needed for the diagnosis and treatment by quickly transporting the high process image rates of the stroke patients. ‘The system has actually shortened average time needed for diagnosis by 40 minutes, reduce mortality rate by 18 per cent and reduced medical expenses by eight per cent in Japan. This telemedicine system is now being put in place for actual use in university hospitals in Malaysia, such as HUPM and HUKM.’

Oka touched on another ongoing project between the two governments, that is the submarine cable network. The project is scheduled to complete by 2020. Upon completion, the new submarine cable is eight times faster and able to handle a much larger amount of data, compared to the existing infrastructure.

When asked about plans to open their borders, panellists shared the same optimistic view and are hoping for a more fluid vaccination programmes to take place, globally.

WIEF Foundation and the State of Qatar is organising the World Islamic Economic Forum in Doha this year. It is scheduled to happen in October 2021. This 14th WIEF organised against the backdrop of global economic uncertainty brings together governments, multilateral organisations, private sector, prominent individuals as well as media representatives to address issues pertaining to recovery plans for enduring prosperity.

World Islamic Economic Forum (WIEF) Foundation was established in 2006. It is the organising body of the annual World Islamic Economic Forum. The Forum serves as a focal point where country leaders, captains of industry, emerging entrepreneurs, academics and other stakeholders from the Muslim World and beyond, meet to build bridges through business. The Foundation also undertakes various capacity building programmes under the WIEF initiatives of the Businesswomen Network (WBN), Young Leaders Network (WYN), Education Trust (WET) and Roundtable Series (WRT).

1. HE. Oka Hiroshi
The Ambassador Extraordinary and Plenipotentiary of Japan to Malaysia 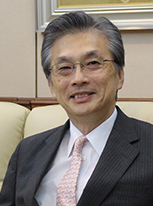 H.E. OKA Hiroshi is the Ambassador of Japan to Malaysia since November 2019. He has nearly 40 years of experience in diplomatic activities having joined the Ministry of Foreign Affairs of Japan in 1982. Prior to Malaysia, Ambassador OKA also served as Ambassador of Japan to Turkey, Minister of the Embassy of Japan in the United Kingdom and Saudi Arabic. He has served in a range of bureaus and departments at the Ministry of Foreign Affairs in Japan.

He was the Director General of Middle Eastern and African Affairs Bureau in 2017 as well as Director General of Intelligence Analysis Service in 2014. Ambassador OKA graduated from the Faculty of Law of the University of Tokyo in 1982. He speaks Japanese, English and Arabic

2. HE. Fahad Mohd Y. Kafoud
Ambassador Extraordinary and Plenipotentiary of Qatar to Malaysia 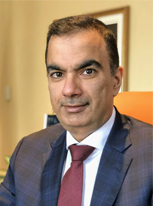 H.E. Fahad Mohd Y. Kafoud is the current Ambassador of the State of Qatar to Malaysia and has been in the position since 2018. In 1993, he worked at the Administrative and Financial Directorate of Qatar and was posted to the Embassy of the State of Qatar in Washington D.C. in 2008. After a year in the United States, he was appointed as General Coordinator at the Office of the Minister of Foreign Affairs of Qatar.

His duty as an ambassador started in 2014, where he was appointed as the Ambassador of the State of Qatar to Canada. He holds a bachelor’s degree in economy and accounting from the University of Qatar. 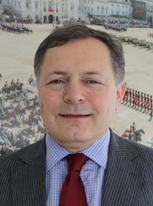 His Excellency Charles Hay MVO started as the British High Commissioner to Malaysia in March 2019 in succession to Vicki Treadell CMG MVO.

Prior to Malaysia, Mr Hay was the British Ambassador to South Korea from 2015 to 2018. During his time in the British diplomatic services, he has been posted to the Czech Republic, Spain and the UK Representation to the EU in Brussels. Charles was also the Director of Consular Services in London, responsible for assisting British nationals and in crisis management worldwide. Before joining the Foreign and Commonwealth Office in 1993, he was a Captain in the British Army. He has a Master in Business Administration as well as a BA in Philosophy and Politics. 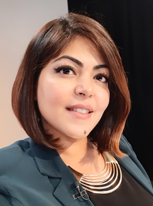 Jessy Chahal is a television anchor and presenter of news and live talk shows on current issues. She has over 16 years of corporate and media industry experience, with Frost & Sullivan, Oracle, Media Prima Berhad and Bernama. She hosted and moderated events such as President Obama’s visit to Malaysia, The Economic Times Business Leaders Conclave with Prime Ministers of Malaysia and India, as well as the World Islamic Economic Forum (WIEF).