Malaysia should strive to keep abreast with quantum computing as it will revolutionise the world in the future.

World Islamic Economic Forum (WIEF) Foundation chairman Tun Musa Hitam said North America might be leading the way in terms of research in this field, but Malaysia can aspire to play a role and have a stake in the development of quantum computing.

“Traditional computers struggle to keep up with this data. There is also growth in blockchain and cryptocurrencies, both of which require significantly more processing power and the ability to scale up for further growth,” he said in his opening speech at WIEF’s 2018 edition Global Discourse on Quantum Computing in Kuala Lumpur yesterday.

Musa said he personally is still continually learning about quantum computing and has begun to see the vast ways for data to be collected in many devices that are interconnected.

The 2018 Global Discourse, which features the rise of quantum computing and how it can propel businesses, was attended by academics, expert industry players, as well as captains of the business community. 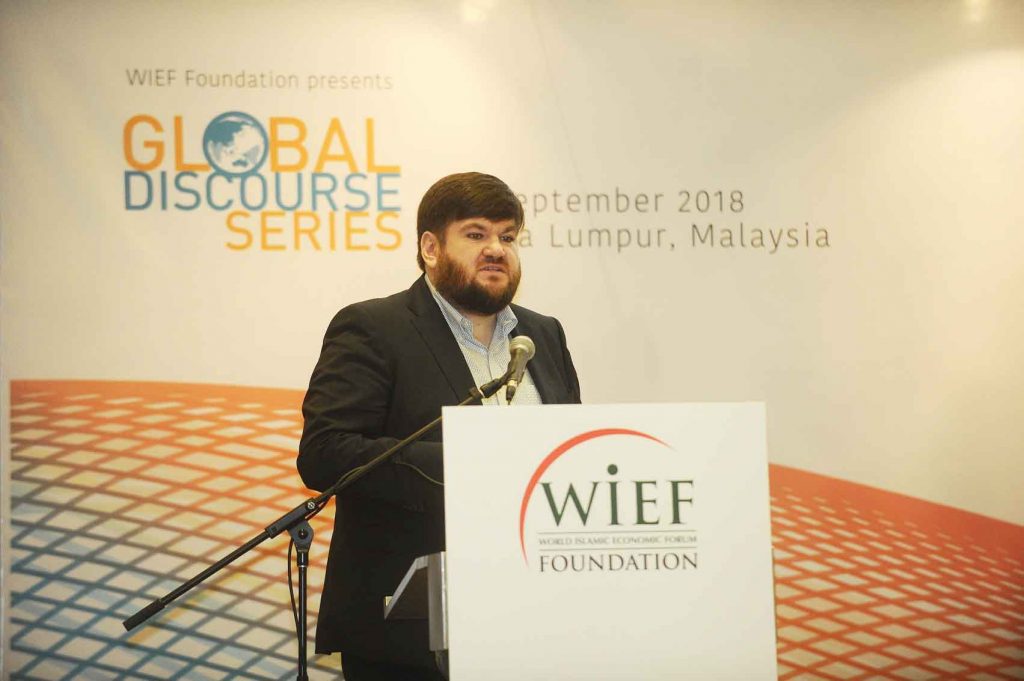 Among the panel speakers at the 2018 Global Discourse included Singapore University of Technology and Design Dr Joseph Fitzsimons, and the Institute of Mathematical Sciences in India Science and Engineering Research Board Distinguished Fellow Prof Rajiah Simon.

Quantum computing is said to be attempts to solve what traditional computers have yet to figure out.

According to a 2017 Forbes magazine article, quantum computers can solve what are known as intractable problems, defined as problems that are too complex, powerful and time consuming.

IBM Systems Asia Pacific VP Christian Raetzsch said it is important to understand that all of today’s tech devices operate the same way, by translating information into long lists of 0s and 1s.

“Working with these 0s and 1s, the computer finds results and then translates them back to what we see as pictures and number and emails. These 0s and 1s are called ‘bits’,” he said.

He added that in quantum computing, “qbits” are used, which makes them more powerful, compared to traditional computers.

“Because of these unique capabilities, we think quantum computers will be able to do things that are impossible for today’s computers,” he said.

However, Raetzsch said quantum computers will never replace classic computers. Instead, it will become a complement to each other.

He told The Malaysian Reserve there are specific kinds of computations that the quantum computer can do quite easily that classic ones cannot do.

“Encryption, for example, works in away that it is a mathematical problem that is very hard to solve for the classic computer and may take a long time to find a solution,” he added.

He said quantum can encode data and differs by taking a shorter time to do something that a classic computer may take to do.

Quantum computing can impact various industries and accelerate many areas of expertise that doesn’t only include the world of business and technology, said Raetzsch

“We know the first use in the financial services industry are being researched, this has to do with risk analysis. We’ve also seen the usage in material sciences fields, it is a promising field,” he said.

In order to know how new materials can be found, Raetzsch said that one needs to understand the energy states of molecule, which would explain how the molecules react with each other.

“If we assimilate large molecules and put it together on a quantum computer, you can do it more easily and quickly in discovering something,” he said.

He said quantum computing can also help discover new medicine, which is a variation of the impact on the fields of chemistry.

This article was published at The Malaysian Reserve website on 21st September 2018.

Click here to view the original piece of the article.