The COVID-19 pandemic has led to a dramatic loss of life and devastating economic and social disruption of global proportion. To avoid similar shocks in the future, recovery policies by governments must include innovative strategies to create more resilient, inclusive and sustainable economies.  The business community has an equally important complementary role in overcoming the crisis. Apart from leveraging on digital transformation to hasten the recovery process, strategic collaboration that prioritises positive impact over competitive business considerations can better serve the welfare and interest of the global community.

This WIEF High Level Dialogue organised against the backdrop of a challenging time, brings together governments, multilateral organisations, private sector as well as prominent individuals to address relevant issues pertaining to sustainable recovery from the pandemic. 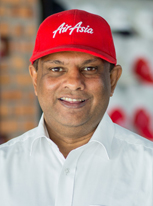 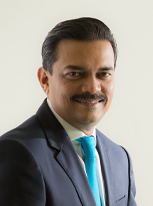 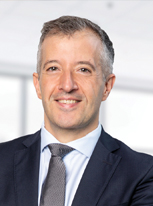 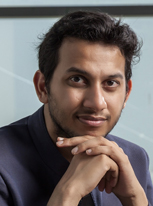 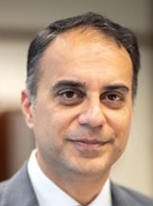 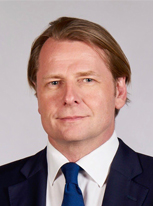 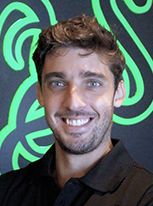 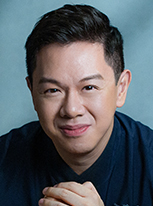 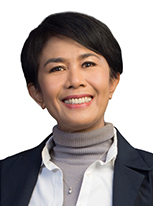 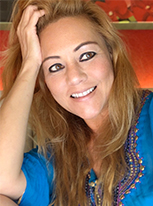 Together with Datuk Kamarudin Meranun, they co-founded low-cost carrier AirAsia by buying over an ailing airline and turning it around within two years.  The company has grown from a Malaysian domestic carrier into Asia’s largest low-cost carrier.

An accountant by training, Fernandes began his career in Richard Branson’s Virgin Group.  He returned to Malaysia as Warner Music Group’s Vice President for Southeast Asia before venturing into the airline business.

Fernandes studied in the UK, and qualified as an Associate Member of the Association of Chartered Certified Accountants in 1991 and Fellow Member in 1996.

Abrar A. Anwar is the Managing Director and Chief Executive Officer of Standard Chartered Malaysia since November 2017.

With close to 30 years of experience, his banking journey has brought him to countries such as India, the UK and Bangladesh, where he first joined the Bank in 2011 as Head of Corporate and Institutional Clients.

In 2015, he was appointed as Chief Executive Officer of Standard Chartered Bangladesh. Under his leadership, he positioned the organisation as the most respected and profitable Bank in the country.

Prior to joining Standard Chartered Bangladesh, he was the Managing Director and Head of Global Corporate and Commercial Banking at Citibank NA in Bangladesh as well as Head of Specialist Finance and Advisory Services at ANZ Grindlays Bank..

Abrar is also the Chairman of the British Malaysian Chamber of Commerce since 25 August 2020.

Juan Aranols is the Chief Executive Officer of Nestlé (Malaysia) Berhad and the Region Head of Nestlé Malaysia, Singapore & Brunei since December 2018.

A Spaniard, Aranols joined Nestlé in 1990 and has over 28 years of experience from his key roles across a number of different markets in Europe, Latin America and the global headquarters in Switzerland.

Prior to being the CEO of Nestlé Malaysia, Aranols was the Chief Financial Officer for Zone AOA – Asia, Oceania and sub-Saharan Africa at the Nestlé S.A. Global Headquarters in Switzerland, where he also had management oversight of the Nestlé Confectionery and Nestlé Professional businesses in Zone AOA.

Ritesh Agarwal is an entrepreneur, Founder and CEO of OYO Hotels & Homes. He believes that everyone deserves hygienic and comfortable accommodation, irrespective of their budget. He founded OYO in India in 2013 to achieve this aim.

Today, OYO is a global platform that empowers entrepreneurs as well as small businesses with hotels and homes. It provides full-stack technology that increases earnings, eases operations; bringing easy to book, affordable as well as trusted accommodation to guests around the world, including India, US, UK, Europe, Southeast Asia and the Middle East.

OYO is backed by leading investors, including SoftBank Vision Fund, Sequoia Capital, Lightspeed Ventures, Hero Enterprise and China Lodging Group, among others. Ritesh was the first Asian resident to be accepted to the Thiel Fellowship.

Ahmed was formerly the Managing Director and Head of Public Sector for Middle East, North Africa and Pakistan at JP Morgan Chase in Dubai, UAE.  He previously worked in the United States Department of the Treasury as Deputy Assistant Secretary for the Middle East and Africa. He was also White House Fellow and Advisor to the Secretary of the Treasury. He has experience working with many governments, central banks, finance ministries and sovereign wealth funds on a broad range of economic and financial issues.

Chester King has a 28 year career in healthcare, sport and since 2015 in esports. In 2016, he founded the British Esports Association, with authority from the UK Government, as the national body (not-for-profit) for esports in the UK.

British Esports has co-created with Pearson esports qualifications for schools and colleges (approved by the UK Gov’s Department of Education). In 2019, Chester created the London Royal Ravens, the UK’s Call of Duty League franchise, with ReKTGlobal (owners of ROGUE) and is a co-owner.

Chester was appointed a member (volunteer) of the International Olympic Committee’s ‘Esports and Gaming Liaison Group’ in April 2019.

Chester was appointed a member of the board (volunteer) of the Global Esports Federation in December 2019.

In 2020, Chester was the chair of the Education, Culture and Wellness Commission and sat on the Membership and Technical Commissions with Tencent. He was appointed a Vice President in August 2020.

Currently, Chester is the co-chair of the Technical Commission and sits on the Governance, Ethics and Standards Commission. In August 2020, he was appointed as a Trade Advisor Group member for the UK Government’s Department of International Trade (DIT) for the Creative Industries.

Fernando Tambaoglou Loureiro is a true global marketer who believes and advocates for the power of sports and entertainment to connect people and impact lives. With over 10 years of experience leading brand strategies and integrated marketing initiatives within esports, sports and entertainment across the world, he now sits at the forefront of Razer’s initiatives in the esports scene. It is where the company aims to build a strong foundation to shape the industry, engage the community, enable athletes and educate the wider society on its singularities, so gamers and enthusiasts of all walks of life can enjoy the game they love.

James Chau is an International Broadcaster and Host of The China Current. He has earned a reputation for his interviews with leaders in politics, science and health, including Nobel Peace Laureates Jimmy Carter, Kofi Annan and Muhammad Yunus. He has also spoken with Winnie Mandela, Christine Lagarde, Jane Goodall, Elton John, Bill Gates, Justin Trudeau, Ban Ki-moon, Joko Widodo, Paul Kagame and Arianna Huffington, among others.

A former anchor on China Central Television and Guest Presenter on BBC World News, James is now Host of The China Current, a multi-platform show that explores the issues shaping the global future. From poverty to climate change, and innovation to public health, guests who have appeared on the show include Jeremy Farrar, Mary Robinson, Jeffrey Sachs, Peter Piot, and current and former WHO Director-Generals, Dr Tedros and Dr Margaret Chan.

Since 2016, James serves as WHO Goodwill Ambassador for Sustainable Development Goals and Health. In 2009, he was the first person in China to be appointed UNAIDS Goodwill Ambassador. A frequent public speaker at international events, he moderated the launch of the Global Action Plan at the United Nations General Assembly in New York with the Chancellor of Germany, President of Ghana, and Prime Minister of Norway.

Born in London, James studied piano at the Royal Academy of Music and graduated from Cambridge University. He is a World Economic Forum Young Global Leader.

Desi Anwar is Director, Senior Anchor and Journalist at CNN Indonesia based in Jakarta, Indonesia. She hosts a daily talkshow Insight with Desi Anwar featuring in-depth interviews with prominent figures, policy makers, experts, celebrities and leaders both international as well as Indonesian.

Desi is also a columnist and a published writer. Her books include A Simple Life, Being Indonesian, Faces and Places, Growing Pains, Offline: Finding Yourself in the Age of Distractions and The Art of Solitude. She is an Honorary Fellow at SOAS, University of London.

Paula Malai Ali is a well-known regional media personality who has been in the television industry for 25 years. For the last 16 years she has called  Channel [V], Star Sports and Fox her home. From Veejaying and covering music as well as movies, to onsite reporting for Grand Slam tournaments and the Olympics, her mainstay is Formula 1, of which 2021 will mark her 15th season.

Currently, Paula juggles her time between presenting television shows, recording voice-overs and emceeing events. She studied at the International School Brunei and went on to Singapore for her secondary education at the United World College of Southeast Asia.