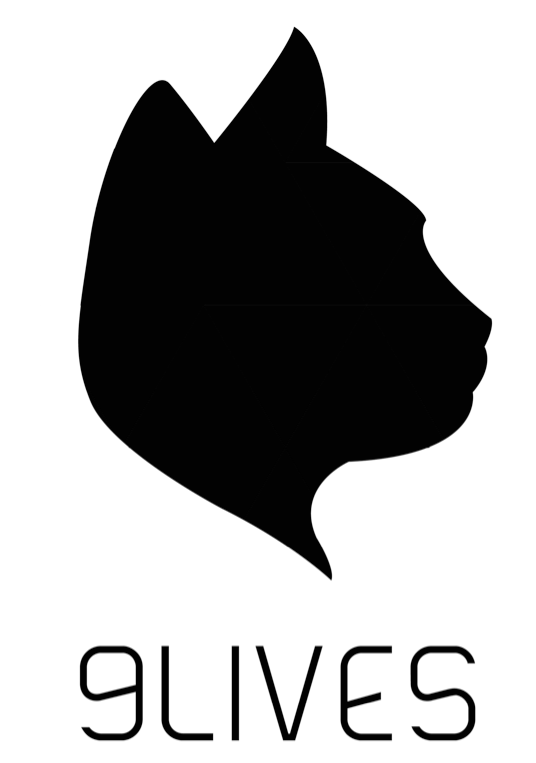 9 Lives is an art community serving as a platform to empower and promote artists from Sarawak. Named after Kuching which means ‘cat’ in Malay, 9 Lives was founded in 2014. It engages the local community and encourages an exchange of new ideas through meaningful art-based activities.

It focuses primarily on young talents from various visual arts disciplines such as drawing, painting, printmaking, graphic design, textile design, photography, graffiti and street art. It aims to inspire and empower Sarawak’s upcoming artists to achieve higher levels in their craft. It connects them to both fellow artists and industry players. It also fosters more beautiful and unified Kuching through the development of a vibrant creative sector. 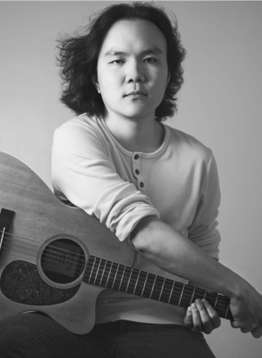 Andrew Bong is a ground-breaking concert music innovator who invents new musical projects consistently with professional collaborators. Besides that, he also composes music for films. He won the Gold Award for Best Score at NYC Indie Film Awards in 2016, an Honorable Mention in Massachusetts in the Young Artist State Composition in 2014 and Leroy Southers Award from Berklee Professional Writing and Music Technology Spring Awards 2015.

He was also on the Berklee College of Music Dean’s List and where he’s currently pursuing a master’s degree. According to his mentor Michiru Oshima, although Andrew is young, he has an impressive grasp of knowledge and music composition skills for film-scoring. 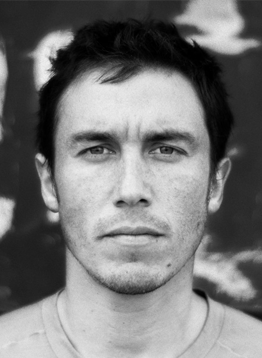 Chris Burkard is a photographer and artist, based in California’s central coast region. His work is layered by landscape, lifestyle, surf, outdoor and travel subjects. He produced numerous movies, namely, Under an Arctic Sky, The Cradle of Storms, Arctic Swell, Faroes: The Outpost vol. 2, and Russia: The Outpost vol. 1. 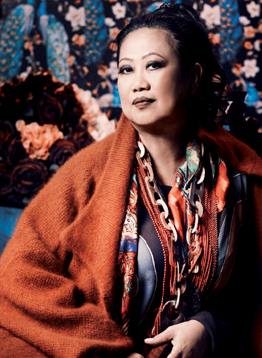 Dato’ Tom Abang Saufi is a well-known name in the world of Malaysian fashion industry. She draws inspiration from the strong ethnic iconic images of Borneo and, in particular, Sarawak. This is evident in her choice of using songket designs, nature and wooden carvings used for batik in her work. Her clothes have been shown at many prestigious venues such as WIEF (World Islamic Economic Forum), Asia House and Whitehall in London.

She was one of five designers chosen to design the 50th anniversary Barbie doll alongside world renowned names such as Karl Lagerfeld and Pucci. She has been awarded many titles and awards including Malaysian Designer of the Year at Malaysian International Fashion Awards in 2004, Ethnic Designer of the Year in 2006 and Darjah Indera Mahkota Pahang (D.I.M.P.) by DYTMM Sultan of Pahang.

She’s an advisor to the Ministry of Higher Education, fashion councils and Sarawak Fashion Awards. She also mentors students from community colleges. 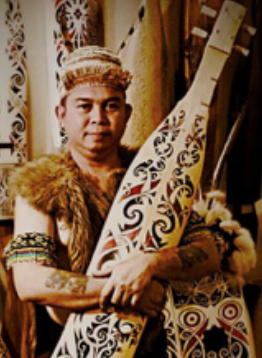 A full-time musician with Kampung Budaya Sarawak since 1996. He is an Iban singer, song writer and musician. He has collaborated in several albums and has a couple of albums of his own. 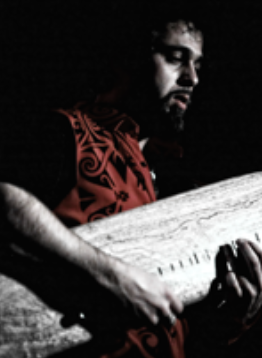 Julien Cottet is a French artist living in Kuching and known for his strummings on the sape. He also aims to promote Sarawakian culture through his music and teaches how to play the instrument. 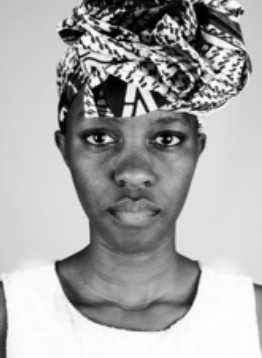 Loyce Gayo is born in Tanzania and is currently pursuing a degree in African Diaspora Studies with a minor in mathematics at the University of Texas in Austin. Her time in the diaspora and her constant desire to go home has influenced craft. She’s the slam champ of the UT Spitshine Poetry Slam team who won the 2014 College Unions Poetry Slam Invitational in Boulder Colorado. She currently serves as a member of the Austin TheySpeak Youth Slam. 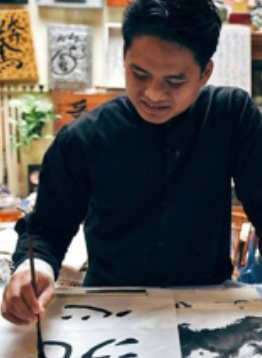 Malik Mazlan is a Singaporean Malay whose passion for Chinese calligraphy has brought him throughout Asia from Tokyo to Beijing.  As a young practitioner that is brought up in a multicultural society, it has always been as aspiration for him to use the skills and insights that he had obtained throughout his life. He is currently in pursuit of creating works which can be appreciated by those in a multicultural society. 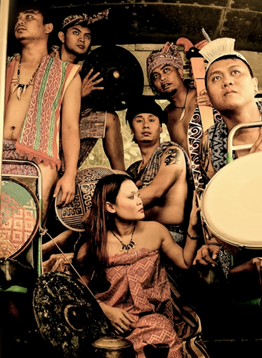 Nading Rhapsody’s music presentation is a unique adaptation of ritual chanting, old lullabies, folk songs, myths and stories of ethnic groups in Sarawak. They present a different arrangement of cross-cultural element with contemporary music. The band has also composed a few original songs. Nading Rhapsody has a unique approach to expressing their love of reviving Sarawakian old legacies. Their piece resembles the origins and cultural roots of each band member. They’re often experimental, radical and provocative – both in their song arrangements and their image. 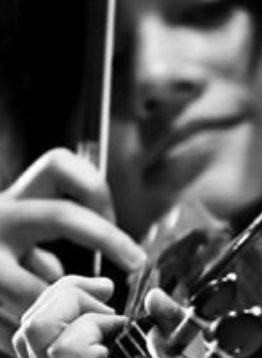 A Sarawakian, Nisa Addina first performed at MOCAfest when she was 16-years-old. Since then, she has performed three more times at MOCAfest. She’s currently at Berklee College of Music in Boston maintaining a GPA of 3.95. She received masterclass guidance from maestro violinist Idris Sardi from Indonesia. She was the youngest participant representing Team Malaysia to Hollywood in the World Championship of Performing Arts (WCOPA) match in Los Angeles, California. She was the first Malaysian to win the World Grand Champion Junior Instrumentalist. She won three gold medals in the genre category of classical, original and contemporary and one silver medal in the open category. She has two albums, Tan Sri P. Ramlee and Yakina 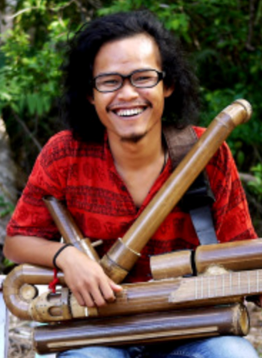 Rizal Abdul Hadi is a musician, multi-instrumentalist, songwriter, Indonesian folk singer, story teller, painter and social activist. He dedicates his music and art to struggle for a real change towards a more creative Indonesia and World.

He created a new instrument, Rasendriya, from bamboo by combining guitar with didgeridoo and percussion. He further explores the use of bamboo for instruments. Rizals latest project is his Bamboo Lapsteel Guitar. 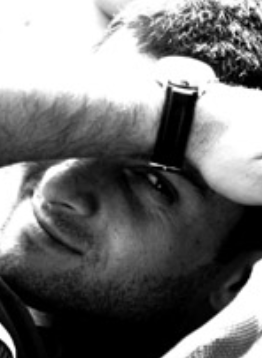 Sead Kazanxhiu is an independent artist from Tirana, Albania. As well as being a member of the Alliance for the European Roma Institute for Arts and Culture Institute that opened in Berlin in June 2017, he most recently participated in the Autostrada Biennale in Kosovo. Sead also volunteers in his free time to run art therapy classes for Roma children in Tirana. 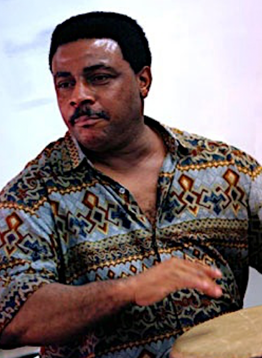 Steve Thornton was born and raised in New York before he moved to Malaysia in 1997. He worked and recorded with well-known artists and musicians and formed his first group, The Young Explosives, a four-piece Latin-jazz ensemble, in 1968. He played for the Brazilian

band of pianist Dom Salvador and percussionist Dom Um Romao. Then, went on to become the conga player for Harry Belafonte for four years, appearing on his record, television shows and tours.

He has performed live and made recordings with some of the most well-known jazz artist in the world such as Sadao Watanabe, Herbie Hancock, Miles Davis, Tracy Chapman, Mariah Carey and Michael Jackson. He released an album, Nature’s Plan and is a leader of his bands, Steve Thornton Quartet, Steve Thornton Malaysia All Stars and the Afroasia Percussion Group. 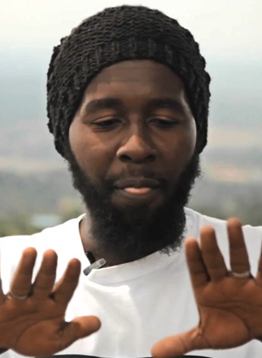 Taye’s work is inspired by his life’s experience, other people’s life experiences, good and bad influences through social interaction, critical thinking and cultural values. He co-produced his first feature film with Impression Films titled 12.30, an anti-corruption campaign film that was supported by anti-corruption agencies like UNODC, NFC and Microsoft.

Taye has directed Broadway musicals which includes, Once on This Island, Fiddler On The Roof and Grease. He directed documentaries for international NGOs and consulted for various charity projects locally and abroad. His gives free media training, speaking at institutions across the continent on pan-Africanism, entrepreneurship, and leadership, and strongly advocates youth and women empowerment.

He studied chemistry at the University of Lagos and went on to study film at the National Film Institute in Jos Nigeria, and majored in cinematography as well as photography.