The World Islamic Economic Forum started off from a modest beginning as the OIC Business Forum, which was held on 15th October 2003, in conjunction with the tenth OIC Summit in Putrajaya, Malaysia.
The inaugural OIC Business Forum sought to create a business ‘face’ of the OIC. The Forum brought together government leaders, captains of industries, academic scholars, regional experts, professionals and corporate managers to discuss opportunities for business partnerships in the Muslim world. The second OIC Business Forum was convened in Kuala Lumpur in 2004, a momentous event that brought about the birth of the World Islamic Economic Forum and the subsequent convening of the 1st WIEF in Kuala Lumpur in 2005.

Bakti Santoso Luddin is President Commissioner of Indonesia’s leading engineering,
procurement, construction (EPC) and investment company, PT Wijaya Karya (Persero) Tbk
(WIKA). He has more than 25 years of experience in consulting, finance, electricity, energy, and project management. He holds a bachelor’s degree in industrial engineering from Bandung Institute of Technology and an MBA in economics from the University of Nebraska, United States.

Mumtaz Khan is Advisor to Nogaholding, the parent company holding all the oil and gas assets of the Kingdom of Bahrain. Mr. Khan is a recognised leader in private equity in the Middle East and Asia. He was the key person to establish the US$730 million Islamic Development Bank Infrastructure Fund (IDB Fund) and served as Chairman and CEO of EMP Bahrain, Manager of the IDB Fund, for eight years.

Prior to that, Mr Khan was with IFC for 14 years and served as Resident Representative based in Jakarta. Mr. Khan also served as a Manager in IFC’s Asia Department and pioneered IFC’s programme in China through extensive engagement with state owned entities in China and the Ministry of Finance.

Valerina Daniel is a prominent News Anchor in Indonesia. As a Broadcast Journalist for 15 years, she has covered many stories from the devastating tsunami in Aceh and Sri Lanka to the US Presidential Election in Washington, DC.

She is very passionate about communications, sustainable development and climate change issues. Her passion for the environment was acknowledged by the Ministry of Environment and Forestry of Indonesia whom entrusted her to be the Communications Adviser since 2005, acknowledged her passion for the environment. Valerina was recently appointed as Ambassador for Indonesian Legal Wood Campaign.

Valerina graduated from Monash University in Melbourne, Australia, majoring in Master of Communications and Media Studies after receiving the Australian Leadership Awards in 2008. She has published several books titled “Easy Green Living”, and “I Love Earth” – a series of children’s stories.

Because of her dedication to the environment, Valerina received the Indonesia Green Award and the Australian Alumni Awards for Communications an

Growing up in a family of cooks, Paco began his career working in a family restaurant in 1995, while studying hospitality at the time.

Paco has had extensive experience working in restaurants such as “Guggenheim”, “Mugaritz”, “El Bulli”, and “Change of Pace” in London, creating quality dishes and menu changes. In 2006, he became head chef upon his return to “Mugaritz”, a role that included travel to various countries to give exquisite lunches and dinners.

As the breadth of his experience grew, Morales went on to mentor and train other chefs between 2006 and 2007. He was known for his perfectionism in everything from the products used, dishes prepared to hospitality.

In 2010, Paco opened his own restaurant “Noor” at Hotel Ferrero, where he was awarded the coveted Michelin star. Between 2013 and 2014, he became advisor to three restaurants, in Menorca, Madrid, and Brazil. Last year, he finalised the opening of his restaurant in Cordoba.

Arancha González is an expert in international trade issues with 20 years of experience and currently serves as Executive Director of the International Trade Centre (ITC).

She has extensive knowledge about international trade and economics, coupled with broad experience in trade and development matters in the public and private sectors, and in the area of management at multilateral organisations.

Before joining ITC, Arancha served as Chief of Staff to Pascal Lamy, the Director-General of the World Trade Organisation (WTO). During her tenure at the WTO, she played an active role in launching the WTO’s Aid for Trade initiative and served as Mr. Lamy’s representative at the G-20.

Arancha began her career in the private sector advising companies on trade, competition and state-aid matters, serving as an associate at Bruckhaus Westrick Stegemann, a major German law firm in Brussels.

Besides her native Spanish, she speaks English, French, German and Italian.

Prime Minister Ranil Wickremesinghe was sworn in as the Prime Minister of Sri Lanka for the fourth time on 21st August 2015. He is the Leader of the United National Party (UNP), Sri Lanka’s largest political party, which is a constituent member of the National Unity Government led by H.E. the President Maithripala Sirisena.

A lawyer by profession, Prime Minister Ranil was elected to Parliament in 1977 at the age of 28, having worked in the Youth League of the UNP from his university days. As the youngest Minister in Sri Lanka at the time, he held the post of Deputy Minister of Foreign Affairs under President Jayewardene. Soon after, in recognition of his exceptional talents and unique capacity for work, he was appointed to the Cabinet as the Minister of Youth Affairs and Employment. Later on, he was given the portfolio of Education. Then in 1989, as a seasoned legislator, he was made the Leader of the House under President Premadasa. He also served as the Minister of Industries, Science and Technology.

From 1977 to 1994, during the seventeen years that the UNP was in power yet again, Prime Minister Ranil,made a crucial impact on the development of the country. He is still considered to be the best Education Minister of the country due to the radical educational reforms he initiated in the 1980s, aimed at the qualitative improvement of school education (with a special focus on English, Technology and Computer skills) and the Education Administrative Service. He energised the young people in Sri Lanka with creative, motivational as well as skill development programs through youth clubs (Yovun Samajas) and youth camps (Yovunpuras).

Later on, as the Minister of Industries, Science and Technology, he was responsible for Sri Lanka’s second round of economic liberalisation that commenced in 1989 with focus on financial de-regularisation and industrial promotion in rural areas through infrastructure development and the institution of industrial estates. As the MP for Biyagama, he dramatically developed his electorate to become a modern model suburb with brand new carpeted roads, electrification schemes, water and sanitation projects, schools, community centres and other infrastructure inputs. He also established the Biyagama Free Trade Zone to provide employment for thousands of young men and women in a range of industries.

In 1993 after the untimely demise of President Premadasa, Prime Minister Ranil was appointed Prime Minister during the presidency of D. B. Wijetunge. Eveready for a challenge, the young Prime Minister rose to the responsibility of high office and he has been credited for establishing law, order and stability in the country at the crucial juncture. During the short period, the country recorded the highest level of economic growth for the decade.

After the UNP was voted out in 1994, Prime Minister Ranil became the Leader of the United National Party and the Leader of the Opposition in Parliament. Under his leadership, the UNP undertook extensive restructuring at institutional and grassroots levels and further democratised the Party to represent a more equitable balance in terms of ethnicity, gender and youth.

In 2001, he led his party back to power and was sworn in as Prime Minister once again. In spite of the fact that the President was from the opposing party who could exercise full executive powers and was a strong opposition in Parliament, Prime Minister Ranil’s most significant achievements were to restore full-time electricity, rejuvenate the ailing economy, break down the many ethnic barriers in the country, bring the warring LTTE to the negotiating table for peace talks, and galvanise the goodwill and financial support of the international community for Sri Lanka.

Outside of politics, Prime Minister Ranil is the Chair of the Dhayakasabha of one of Sri Lanka’s historic temples, the Kelaniya Vihara and a dhayakaya of Gangaramaya, Walukaramaya and the Weragodalla (Sedawatte) temples. He has written and spoken widely on Sri Lankan history, Buddhism and world politics. 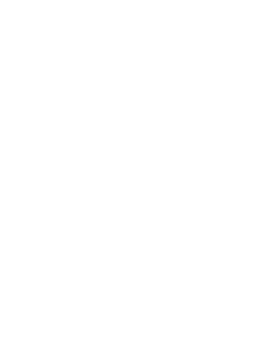